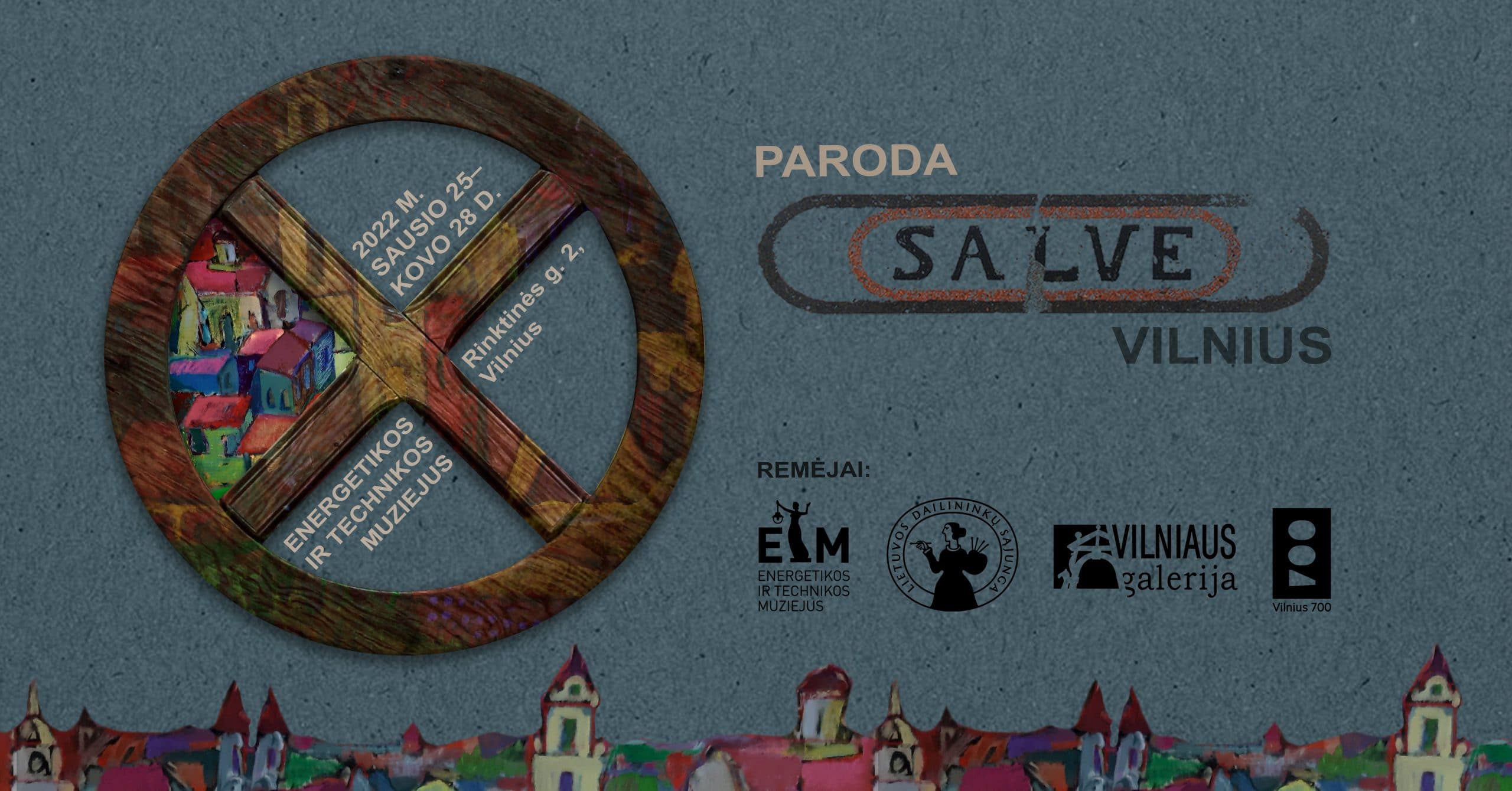 The group’s of artists exhibition “Salve, Vilnius” is the fifth continuous exhibition with the participation of professional artists from all over Lithuania and abroad. The exhibition is dedicated to Vilnius, on the occasion of its upcoming 700th anniversary and is part of the Vilnius 700 initiative.

The name of the exhibition cycle was inspired by the Latin inscription “salve” (Latin: hello) on the doorsteps of some old residential buildings in Vilnius. It is a respectful address to the landlord, resident or incoming guest. These multi-colored inscriptions of crushed marble appeared at the beginning of the 20th century – a marking initiated by Vilnius architect Adam Anton Filipowicz-Dubowik.

The exhibition features works by 30 authors. Participation in it is a unique opportunity for contemporary artists who cherish the attention to our city, reveal their own language of visual art and creatively actualize the legendary stories of Vilnius and modern artistic concepts of everyday life that give meaning to the identity of Vilnius residents.

The exhibition will be on display until March 28th.