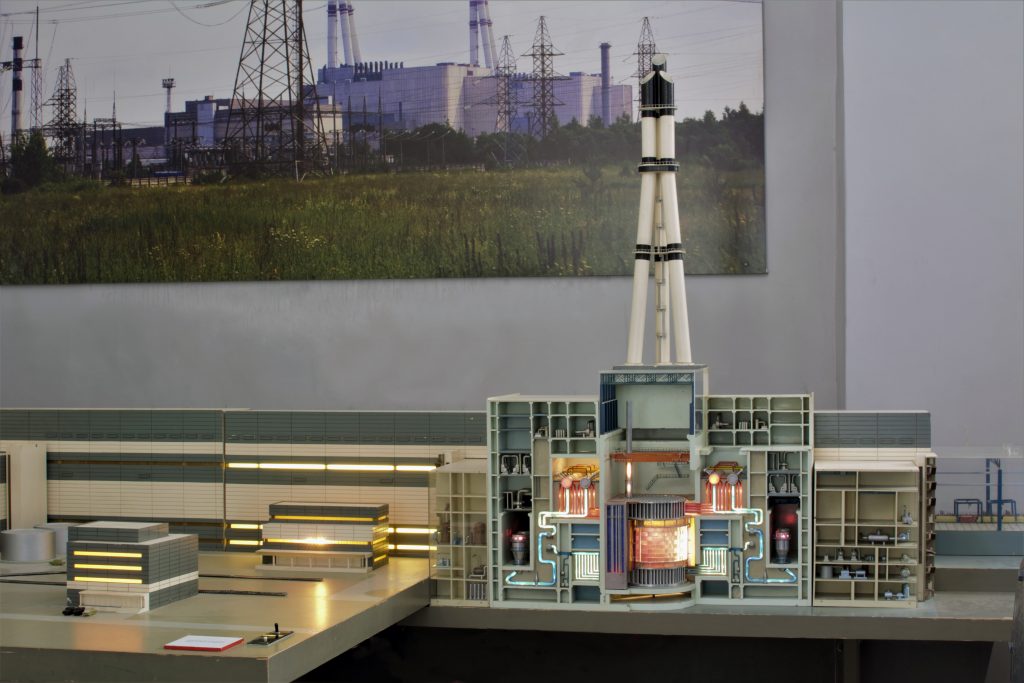 One of the most beloved exhibits of the Energy and technology museum, the 1981 model of the Ignalina nuclear power plant, has recently sailed into international waters: it can be seen in the fifth episode of the HBO series “Chernobyl”, which has already become a public favorite.

According to Lineta Mišeikytė, the producer of “Baltic Film Services” and the executive producer of “Chernobyl” in Lithuania, the first acquaintance of the historical drama director Johan Renck with Vilnius took place at the Energy and technology museum in the fall of 2017.

Lineta Mišeikytė herself visited the museum in 2005, when the BBC documentary drama “Surviving Disaster: Chernobyl Nuclear Disaster” was filmed in the turbine and boiler halls as well as the basement of the old power plant, so the creative team already had information about the model of the Ignalina nuclear power plant.

Johan Renck was impressed by the educational potential of the model: it was not only visually accurate, but also helped the director to clearly understand the principle of electricity generation in a nuclear power plant. So, although the script for the series did not provide for the model to enter the courtroom in the fifth episode, after visiting the Energy and technology museum, the director thought that just as the model helped him understand the nuclear power plant’s production process, it can do the same for the viewers.

Both the Ignalina and Chernobyl nuclear power plants had RBMK-type reactors, so HBO’s team of filmmakers only needed to visually change the chimney of the INPP model reactor for the courtroom trial episode.

Energy and technology museum visitors can see the INPP model and compare it to the one seen in the series during museum working hours: Tuesday to Saturday, from 10:00 to 18:30.