“The Leap of Wild Nature” by artist Ieva Juršėnaitė is an interdisciplinary art project in which painting, installation, audio and visual art are in concord with one another.

The artist’s works deal with the visible and invisible worlds, with the visible reality as well as the mythical space. There is a search for points of contact between these spheres and an angle from which to view them. The search for a point of view also becomes crucial because the content of the works are the tragedies caused by man and nature.

In her research on the bird kingdom, the artist discovered that birds have a number of adaptations which provide visual acuity superior to that of other vertebrate groups, and that many avians are able to see far beyond the capabilities of human sight, namely, into the ultraviolet range of the light spectrum. This is why a bird’s-eye view was chosen for the works, a viewpoint that is distant, but at the same time full of penetrating power.

The four large-format paintings are the main protagonists of the exhibition, complemented and activated by other art forms. The paintings depict four scenes from natural and man-made tragedies, depicting people’s fear caused by forces invisible and inaudible to us.

The installation of the exhibition is combined with documentary imagery captured in the Azores. These islands are said to be one of the possible remnants of Atlantis. The footage shows the Atlantic Ocean and the mud boiling in the fumaroles (vents from which volcanic gas escapes into the atmosphere). The steaming earth is a reminder of the true forces of nature and their majesty, as if transporting us to the lost mythical island of Atlantis.

By emphasizing the tangible in her paintings and by seeking to grasp the mythical space in her documentaries, the artist poses existential riddles. Using the bird as a foundational archetype the artist contemplates whether it all exists only in the eyes of man.

“Utilizing the bird’s ability to see ultraviolet light, I look at the events and states of today through the fog of intuitiveness and the bird’s pupil. After circling the globe and taking stock of the tragedies of mankind, the bird lands on the land of the former Atlantis and questions reality,” says the artist.

Ieva Juršėnaitė (born in 1988) is a new generation artist, member of Lithuanian Artists’ Association. In 2010 she graduated from Vilnius Academy of Arts. Her work consists mainly of wide-range and many-layer themes such as nature, daily routine, world news and personal experience. The artist merges what at first glance is unrelated, however finds common ground. In her work existential, surreal mood is recognized, reality and vision entangle. It’s characteristic of the artist to exhibit her paintings and create specific atmosphere in certain space, so that the exhibition would reveal paintings, as archaic form of art, and their connection to video, sound art, installation or lighting.

The exhibition will be open until November 29. 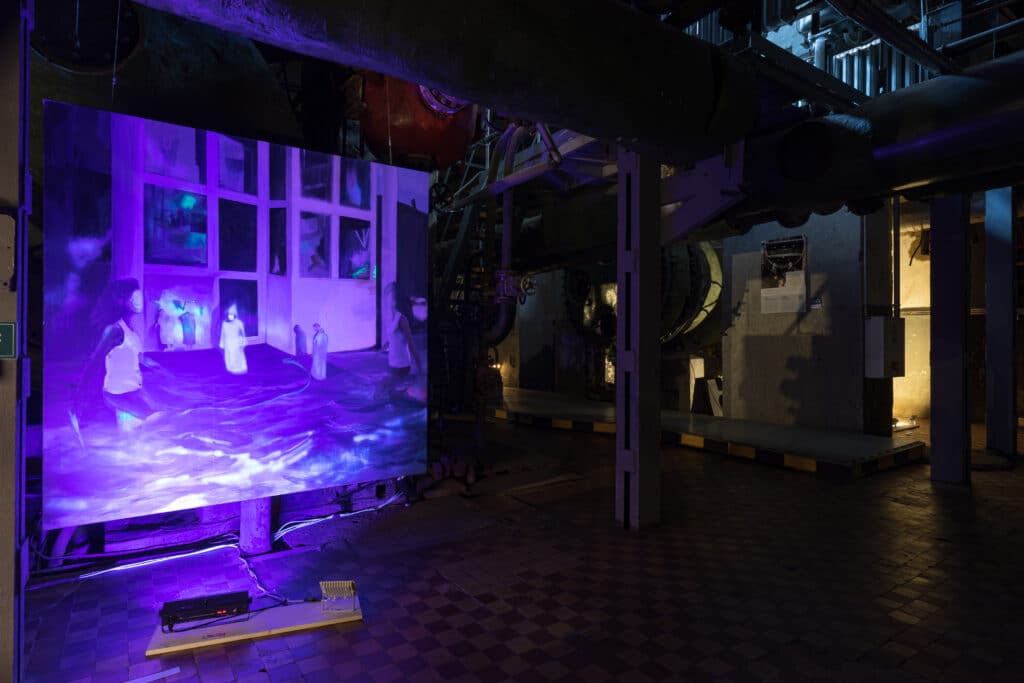 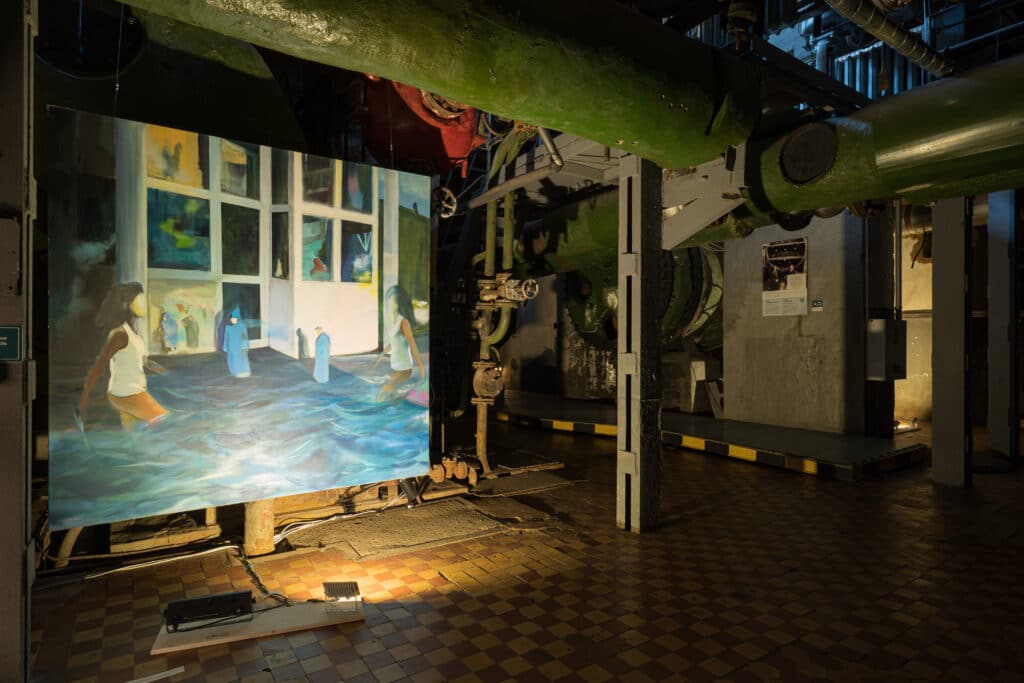