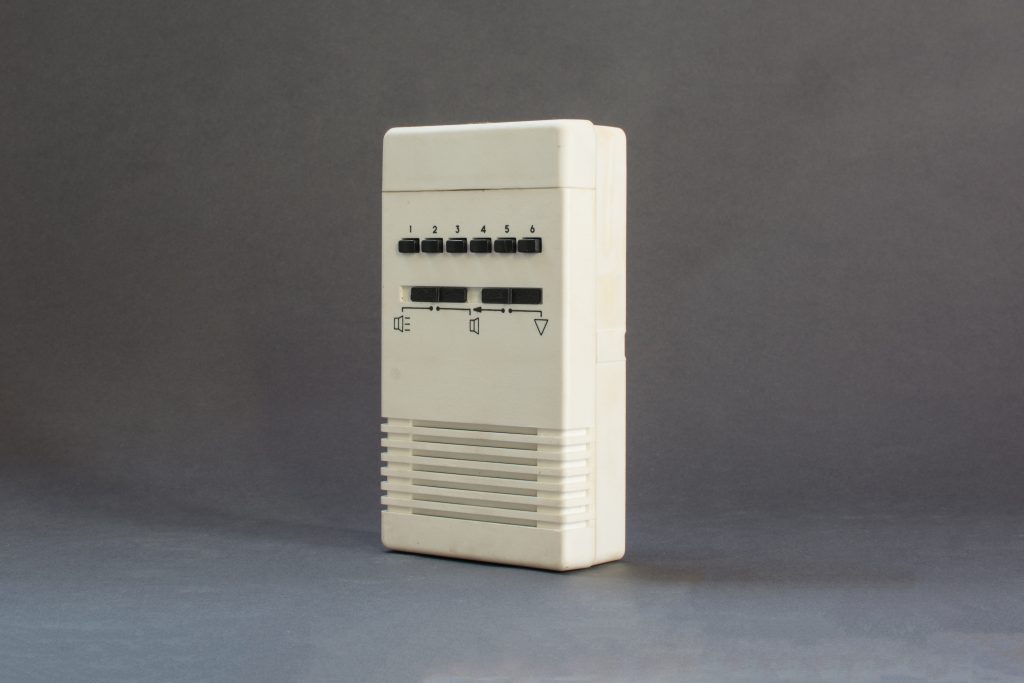 The purpose of ‘Signalas-3’, an audible alarm produced in late 80s, was to warn the residents of the house about entrance doors being opened. It is a reliable device that is resistant to high humidity (up to 85%) and heat (up to 40°C) and able to produce a loud warning about incoming outsiders (noise level – 86 dB, same as a volume of motorcycle engine).

‘Signalas-3’ was made by Vilnius 60th Anniversary of October factory of radio measuring devices. The factory was known not only for producing security systems, but also for being secretly involved in the arms industry. This factory, under code name ‘555’, produced radio-controlled and radar equipment. Rumours about this production still managed to reach ordinary residents of Vilnius, who named the factory ‘petiorkos’ (‘the fives’).

The exhibit can be seen at the Industry exhibition of the museum until 1st July. 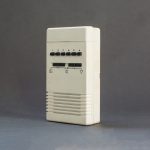