In the evenings in the Old Town of Vilnius, on the facade of Salomėja Nėris’ Gymnasium, excerpts of Lithuanian animation classics and modern animation works are shown. It is part of the Energy and Technology Museum’s project “Animation: The Illusion of Movement, the Inspiration of Life”.

Excerpts from works by renowned animators and contemporary artists have been assembled into one short meter film, which you can see in the evenings (and nights) from 6 PM on the facade of Nėris’ Gymnasium (Vilniaus St. 32). It is projected from Lithuanian Theater, Music and Cinema Museum. The project will run until February 5th, 2022.

The works of Lithuanian animation classics were selected for exhibition by famous Lithuanian animator Ilja Bereznickas. In addition to excerpts from works significant to the history of Lithuanian cinema, excerpts from the works of students of the Vilnius Academy of Arts created during the years of independence are presented. Students’ works are characterized by a variety of creative techniques – both cinematic and advanced, innovative animation. These works were selected by academy lecturer Arturas Bukauskas and artist Gailė Cijunaitytė. 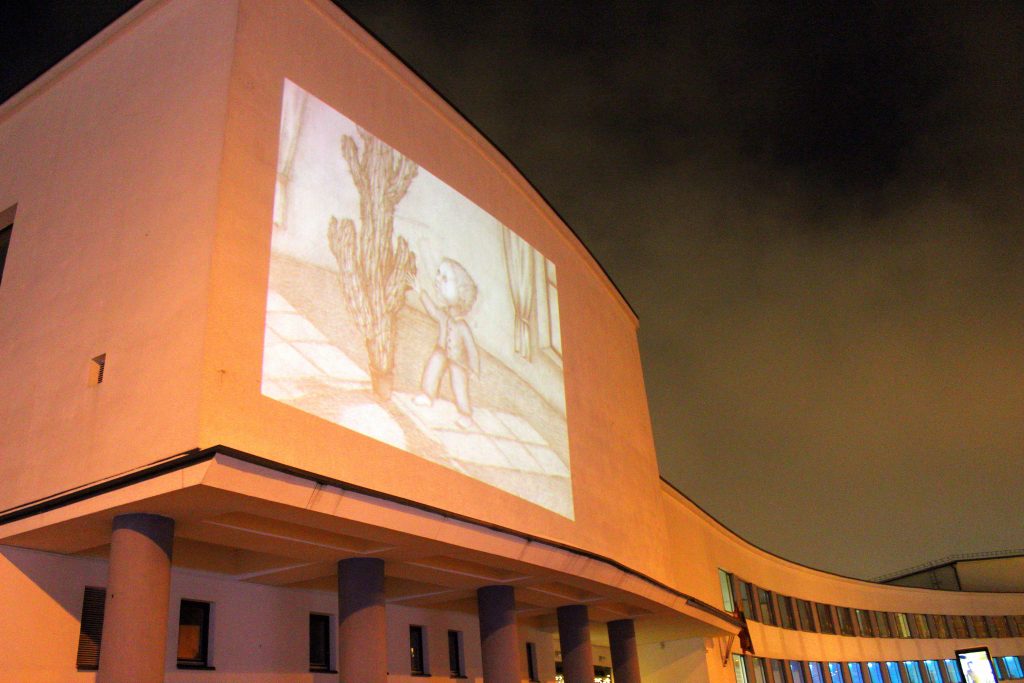 The project aims to stimulate interest in the art of animation, to draw the attention of viewers / passers-by to the creators of animation, the diversity of their drawing techniques and to reveal the breadth of style, content and freedom provided by animation. Also – to popularize the Lithuanian animation heritage, famous artists and creators of contemporary animation, to expand knowledge about the development of animation art, to acquaint the public with the little-known history of animation technologies.

Lectures and educations were also held at Energy and Technology Museum during the project. The participants of the lectures got acquainted with the history of Lithuanian animation and new trends in the development of animation. In his lecture, Bereznickas told about animation in Lithuania, presented his work and showed the youngest visitors how to create cartoons using the “Stop Motion” app. 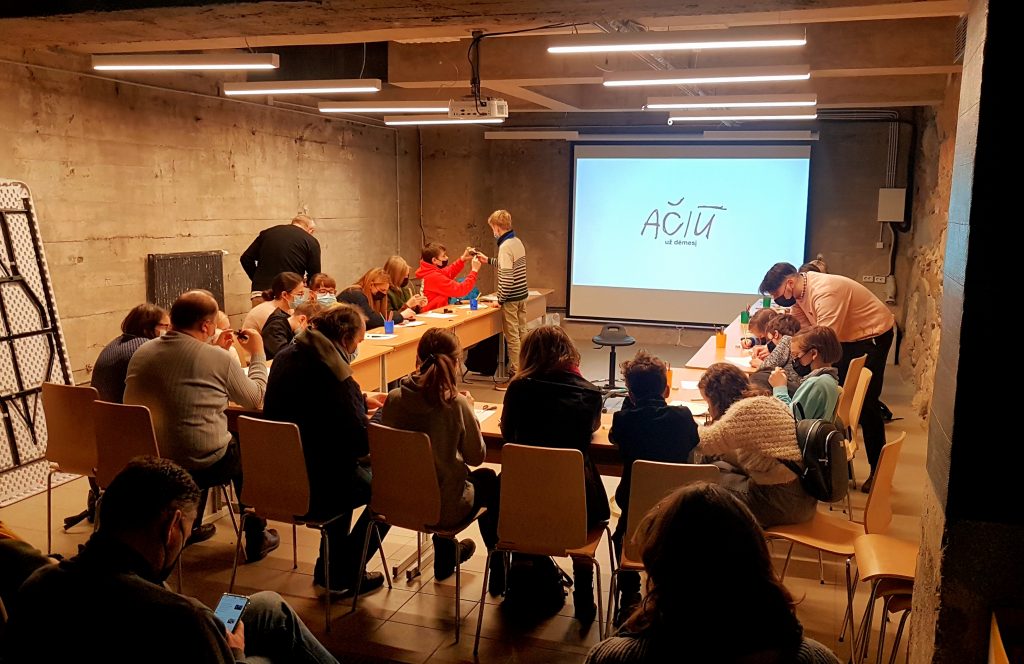 Bukauskas presented the works of Vilnius Academy of Arts students. The students’ works were various, such as cinematic animations, augmented reality, innovative animation works, showing how wide the possibilities of animation art are. In his lecture, Bukauskas spoke about the philosophy of animation, discussed and encouraged visitors to consider what animation is, and presented the future trends.

During the educations, children aged 10-14 with their families made zoetropes in a creative workshop with a guide Vilius Mateika. A zoetrope is an optical device in which a sequence of rotating images creates the impression of a film. Zoetropes appeared even earlier than the movie cameras, and to this day it is one of the easiest ways to create and watch animation. During the education, the participants learned how to create an animation about its history, and using the zoetropes printed with a 3D printer at Energy and Technology Museum, they drew their own animations. 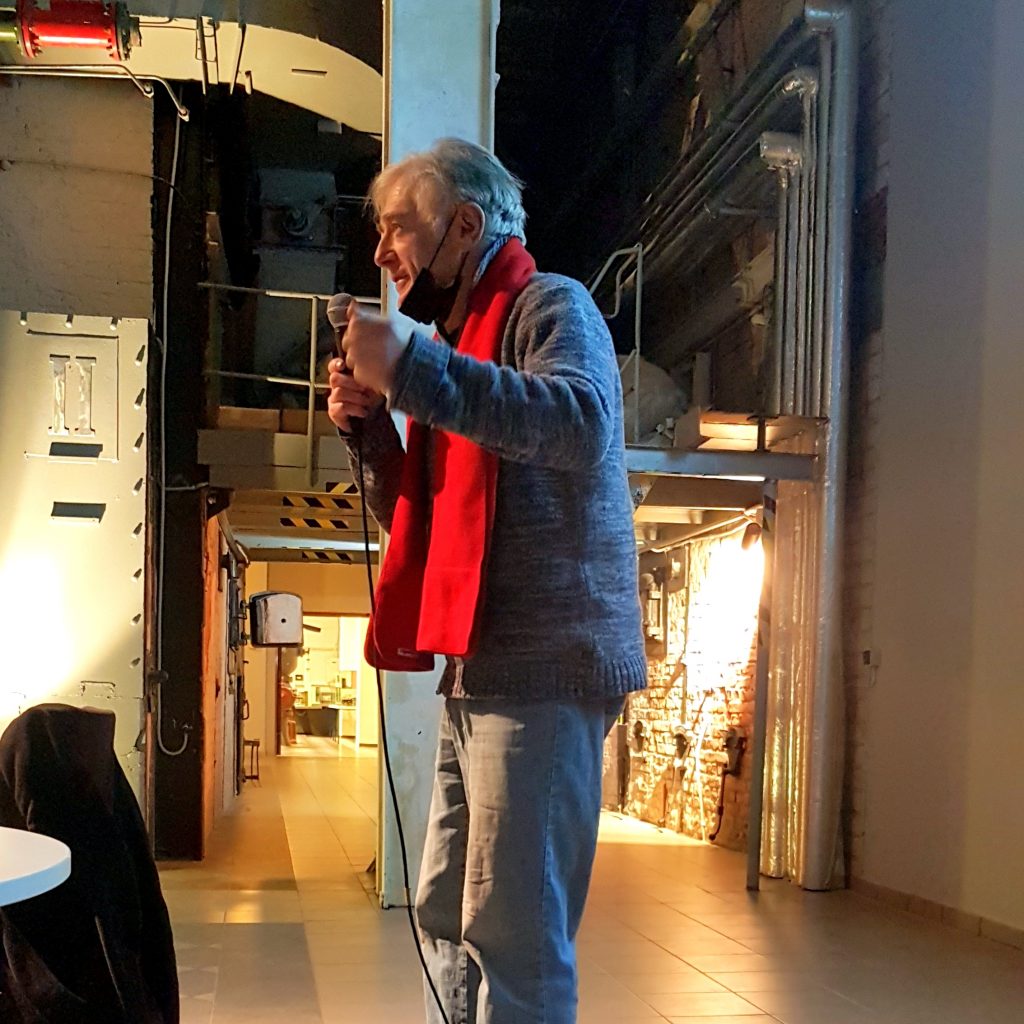 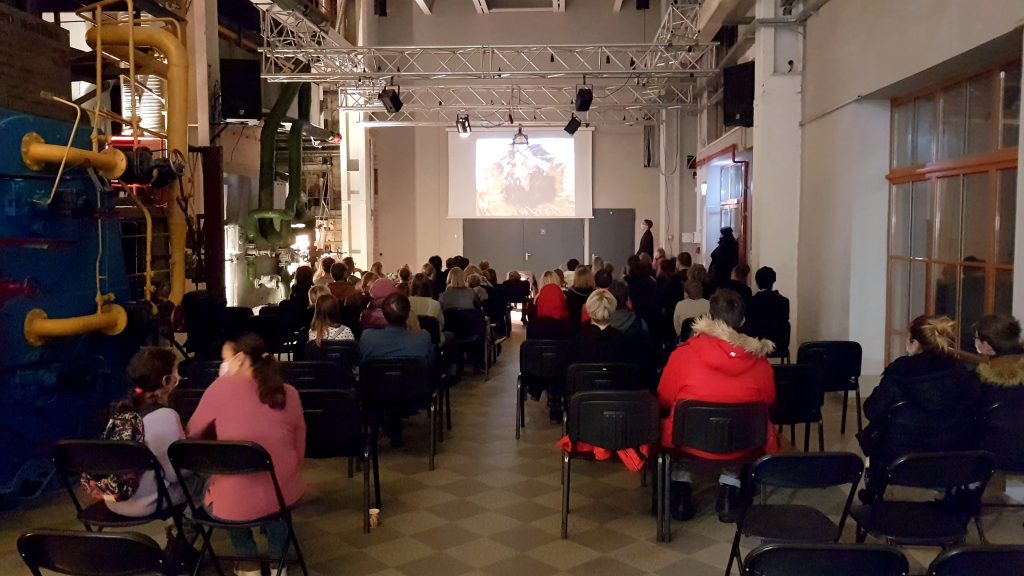 We thank Ilja Bereznickas, Arturas Bukauskas and Gailė Cijūnaitytė for their help in selecting the works.