Artist Vidmantas Vaitkevičius (also known as Vidma Wait) exhibits his paintings in Energy and Technology Museum, exhibition “Vilnius 700”. The works shown here are are historical and architectural motifs from Lithuania ant its capital Vilnius and are also published in 2021 album “Lithuania” by the author.

In V. Vaitkevičius’ work Vilnius Cathedral, Bernardine Monastery Ensemble, castles of Trakai Island and Panemunė, compositions of Kaunas city and other illustrations are recognized. The album “Lithuania” consists of a hundred various motifs from Lithuania starting at Vilnius, moving on to Kaunas and Klaipėda and finishing in Neringa, which is declared Lithuanian Capital of Culture in 2021. Since last spring the artist lived and worked in Neringa, finishing his album.

What draws one’s eye in V. Vaitkevičius work are the various colorful abstractions with notably open play of the often glittering outline and fabric – natural silk or canvas. The rules of the game of spacious illusions obtained by halftones have no boundaries – from complete clearness to impossible mystery. In order to create the space of the game the author uses bright and vivacious colors, which give in to the subtle dictate of the fabric.

V. Vaitkevičius started his collection three decades ago. Exhibition “Vilnius 700” as well as the “Lithuania” album are dedicated to historic milestone in 2023 – the 700th anniversary of Vilnius. More about the Vilniaus 700th anniversary initiative here.

The personality of V. Vaitkevičius emerged while studying in Art School of Juozas Naujalis in Kaunas. In 1980 he became an award-winner of Lithuanian Young Artist Competition. After successful studies of painting at Vilnius Academy of Arts, V. Vaitkevičius studied glass at the Academy‘s Kaunas Faculty. Later, in 1990-1993 he continued his studies of painting in Leipzig Art College in Germany. The artist held 47 personal exhibitions in Lithuania, Latvia, the USA, Japan, Great Britain, Germany, Norway, the Netherlands, Russia and other counties. He participates in international symposiums and workshops, draws his inspiration from homeland and traveling abroad.

The exhibition will be open until November 29. 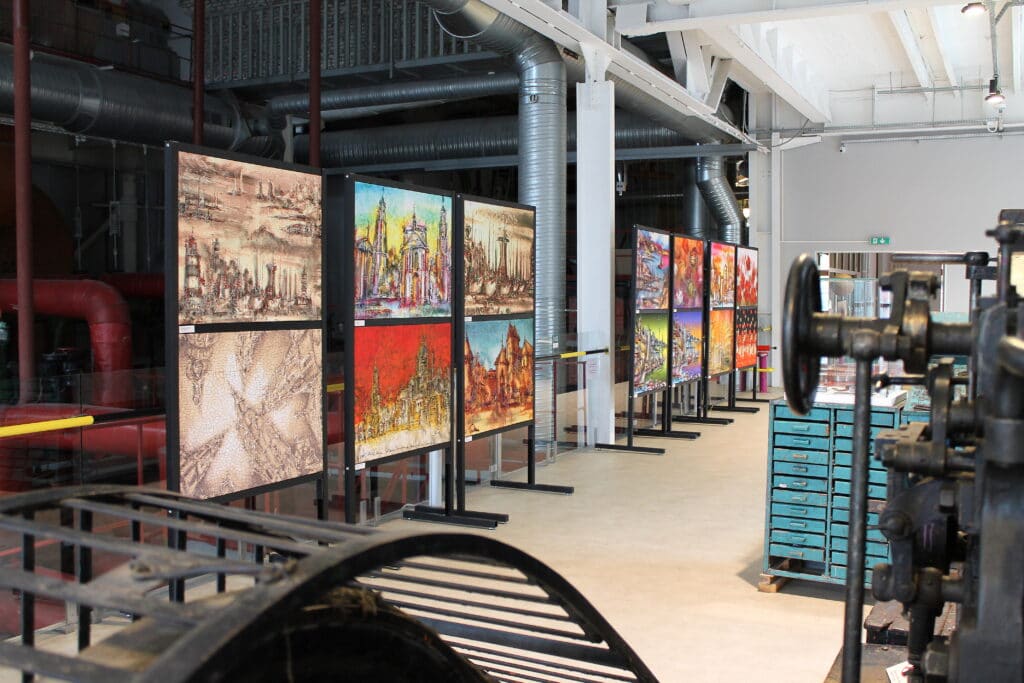 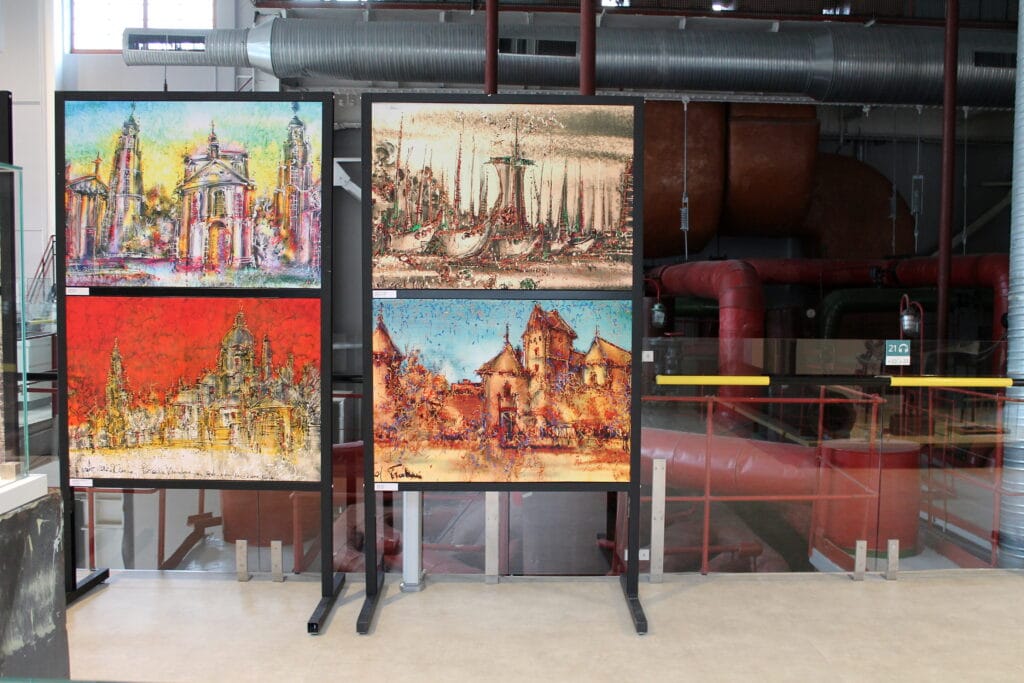